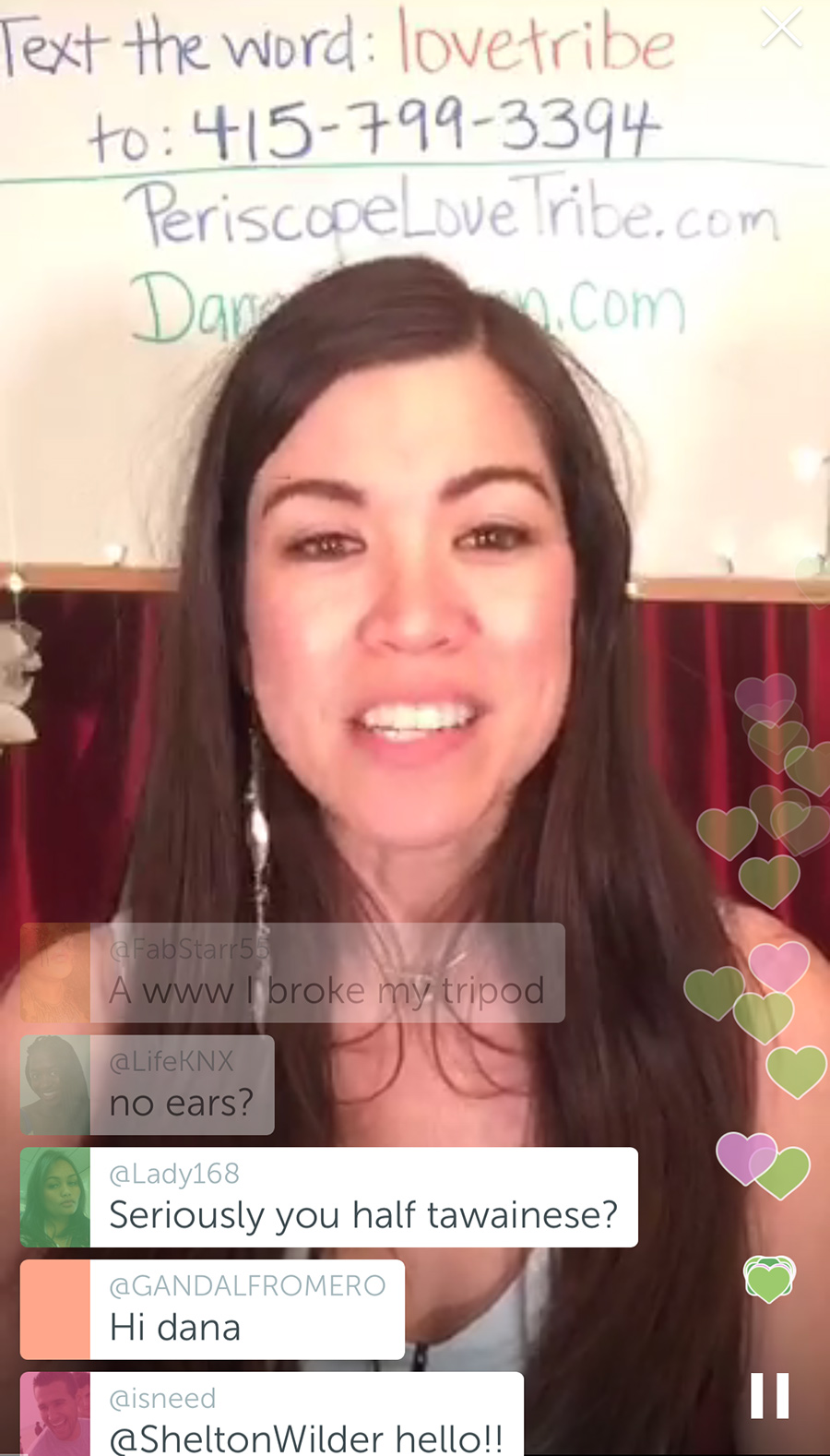 I get this question all the time. I’ve also been sharing with fellow Periscope users the need to educate their target audiences about the social tool that took off like a rocket. Simply put, so many people – even ones active on social media – either haven’t heard of Twitter’s live streaming network, or are confused about what it does.

Periscope allows you to live stream what you’re doing and what you want to share. While you are filming what you are seeing, or yourself, viewers can use chat to ask questions or make comments. Viewer can tap the screen to give hearts – Periscope’s “thumbs up” signals that people like what you are saying or doing.

Periscope is about interacting with your audience, even though you can’t actually see them. It’s similar to giving a webinar, but the interaction is more like giving a live, in-person presentation.

Periscope has many benefits, and businesses can really reap the rewards. In fact, many small businesses are increasing their online presences tenfold by giving demonstrations, showing their more human side, hosting contests and more. Companies are also finding influential scopers to sponsor and/or host giveaways.

Note: On Periscope, influential doesn’t necessarily mean tons of followers. On this platform, it’s all about the way scopers interact with viewers.

Arkon Resources, for example, scopes about how to choose the right live streaming gear (like phone mounts, tripods and more), as well as provides gear for select broadcasters to give away during their own sessions.

Sports agent Ron Waxman broadcasts regularly from his rooftop in New York City, as well as various cities around the world.

Using Periscope you can:

To sign up  for Periscope, download the app for iOS or Android. You can also watch scopes on the web at Periscope.tv (note that web viewers cannot comment or give hearts). Then, be sure to learn the basics! There are lots of resources online (I’ll be posting some here soon), but I also frequently scope about how to use this awesome platform to boost your business. You can follow me at username pamelahazelton – or launch me in a browser right here.