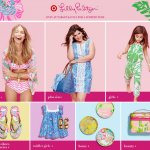 Sunday’s launch of Target’s Lilly Pulitzer line resulted in ridiculously long lines at the company’s brick-and-mortar stores, and brought Target.com to a screeching halt. It’s no surprise that thousands rushed to get their hands on some of the summer’s hottest trends. We’d expect, however, more preparation from such a large business.

Granted, no online system can be 100% prepared for the largest possible influx of traffic. But the Lilly Pulitzer fan base, while quite large, is nothing compared to many groups who flock to Amazon or Apple to get their hands on the latest hot trend in tech.

Many things happen when a website can’t handle the traffic, especially when the company itself heavily promotes a new product line:

Obviously, Target didn’t lose a lot of sales – the majority of Lilly Pulitzer items on its site are sold out. And the website is running just fine now. Many small- and micro- business sites, though, have difficulty recovering from things like this. And those relying on a product line launch to put them on the map may not get the opportunity again.

Years ago, one of my clients was being featured on a major television network. It was a big step up, and we expected to see a minimum of 20,000 people try to hit the store during and immediately after the presentation. Unfortunately, the in-house tech team refused to make key changes (like disabling auto play on videos changing the home page to take visitors directly to the featured item), and the site crashed repeatedly. In the end, the company received just over 100 orders for a cutting-edge product. When it happened again, I was told the investment to install a temporary line of servers to handle the traffic was too expensive. Unwilling to invest less than $15,000 to make a potential $200,000 made no sense to me, and that campaign brought in only about $6,000. Eight years later, that company still hasn’t reached any significant milestones.

We can learn a great deal from others’ mistakes, even the really big guys who should already have these types of launches in the bag.