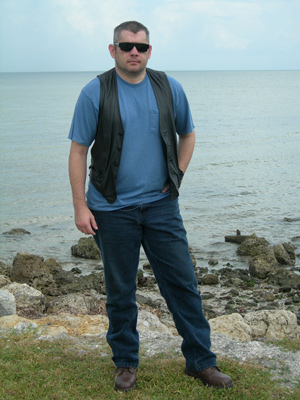 What we can do is limited only by our drive to succeed. Despite all the feel-good stories – most popularly told to us via YouTube videos – we, as humans, still tend to make excuses for not even taking a chance. It seems only when we’re faced with dibilitating circumstances, or even death, that we wake up and realize that life is short and if we want to make our mark on the world, we need to get going. Even then, only a small percentage actually turn words into reality.

I’m talking about guys like Nick Vujicic, who’s self-portrait video has garnered more than a million hits on YouTube. The series, titled “No Arms, No Legs, No Worries” tells the story of a man who refuses to let the hand he was dealt stop him from inspiring others to quit complaining and realize we’re all beautiful.

I’ve known many disabled people who have consistently proven they really have no disabilities at all, but simply a different way of doing things. When we’d launched a Kickstarter campaign to raise funds so my blind husband’s movie – an independent thriller – could be completed in post, caused the cycle of disbelief started all over again.

When I’m met with naysaying about Joe’s own efforts to direct a feature film, I’m utterly confused. I’m not talking about comments like, “Wow, I can’t imagine how he did that!”, but rather advice that he should stop trying to chase the abilities he’s lost, and move onto something else.

No, I’m not stretching the truth here. And it makes me wonder why it’s so unbelievable that he could have written a movie script, built the set and directed from start to finish.

I share with you the following – a video that spotlights Joe himself. Here, you’ll see that he used power tools to build the set and worked directly with the cameraman to get the shots he wanted. A little swordfighting is thrown in (not staged, either – he’s actually dueling a seasoned competitor in a packed room) just for kicks, as well as testimony by some of the actors.

So, give it a watch, then tell me… is it really impossible for the blind to accomplish the same things as the sighted? Why are stories of people in wheelchairs playing basketball extraordinary, but the blind working in a “visual” field perceived as an impossibility?

As Joe says, “Blindness may take your sight, but it cannot steal your vision”.